There are many battle royale games in the mobile gaming market. PUBG Mobile and Free Fire have completely dominated the battle royale genre. For a new game to stand out, it should have some unique features. That being said, Project: Bloodstrike is coming to mobile soon, and features some differences from a standard battle royale. Moreover, it is from a renowned developer, NetEase Games. We have seen multiple successful games from the developer including Cyber Hunter, King of Hunter, and LifeAfter. Now with Project: Bloodstrike, the developer is focusing on the battle royale genre. Let’s check out everything we know about the game so far.

Chose your own agents in Project: Bloodstrike 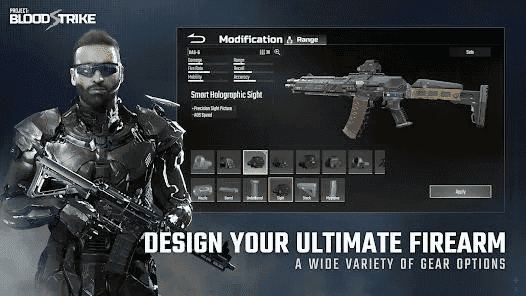 Project: Bloodstrike is a blend between a standard battle royale game and Valorant. It features different agents, which one can choose according to your play style. Each agent has its own distinctive ability that is useful on the battlefield. I would not say this is a unique concept as it is already implemented before in Apex Legends: Mobile and a few more titles.

Apart from this feature, Project: Bloodstrike also has an in-game currency that lets you call for loot. You may collect money in the battleground and use it for load-out similar to the concept of Flare gun in PUBG Mobile.

It will be difficult for Project: Bloodstirke to survive in a highly saturated market especially if it doesn’t differentiate itself from the rest. Moreover, players can no longer accept unpolished gameplay. Hence, NetEase Mobile is taking special measures for bringing the most optimized game for players. The game is currently available via early access only for the Philippines. Interested candidates can signup for the game on Google Playstore. There is no news of an early access test for iOS devices yet.