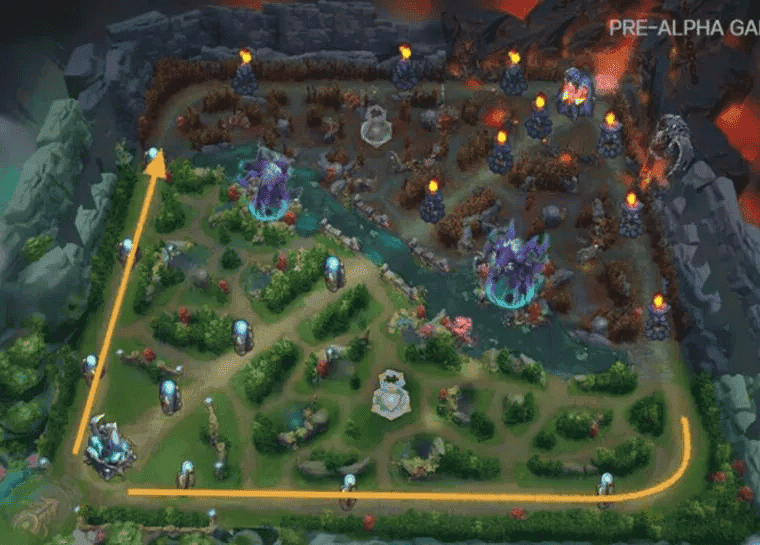 AutoChess Moba is a new game from Dragonest. The developer has released the beta version of the game for some regions. This new game has a special element making it unique from the rest. Moreover, an experienced developer has worked on this game. They are the same developer behind AutoChess: Origin. Now, with this second game, they are planning to dominate the MOBA market. This game features a DOTA 2 element, making it unique.

There are plenty of MOBA games in the mobile gaming market. For those unaware, MOBA stands for the multiplayer online battle arena. You will be battling by a roaster of different heroes, each having their own unique abilities. There will be a queue for a match, and you will be challenged against four other players. The main goal is to destroy the enemy’s base. Moreover, there are also buffs that you get for a tactical advantage. Plus, by killing NPCs, you can level up and have an upper hand against your enemy. If you have played Wild Rift, this will sound very similar to you.

But what makes AutoChess Moba interesting is the fact that it has an exclusive feature from DOTA 2. Each item you buy will only be delivered via a courier, a team-shared unit that all the teammates can control to bring you the items you purchase from the shop. This unique factor will surely make AutoChess Moba stand out from the rest. If this all sounds fun to you, then can download and play the game from Google Play for free. Do note that the game is currently in beta testing for Latin America and Southeast Asia regions only. That being said, stick around for more gaming updates.