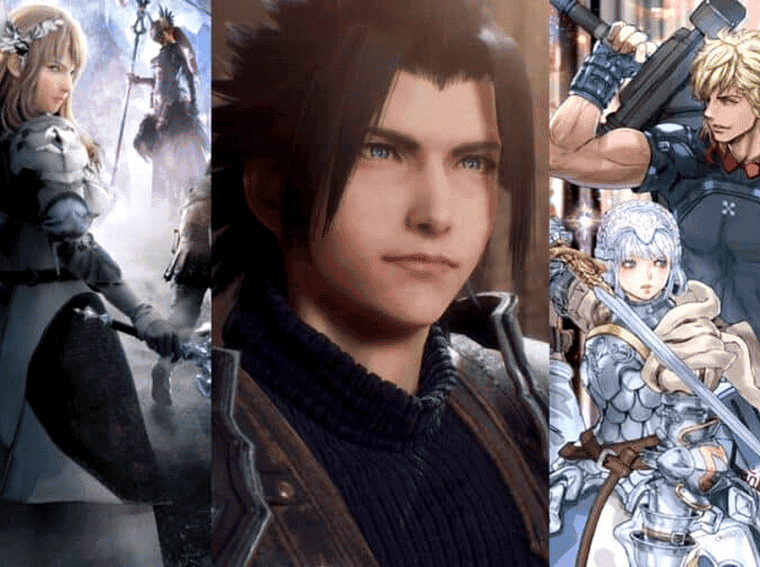 Square Enix: list of JRPGs coming until the end of 2022

If you’re on the team that likes Japanese RPGs, good news: Square Enix, a publisher well known for its games of the genre, is preparing a neat list of releases for the coming months.

Valkyrie Elysium, Star Ocean: The Divine Force, and Crisis Core: Final Fantasy VII Reunion are just some of the names that Square Enix prepares for the final stretch of 2022. Although some games have already been released before, there are still several surprises on the way.

“The DioField Chronicle is a dark and immersive story brought to life with the help of the latest technology, introducing the “Real-Time Tactical Battle” system, a new real-time strategic combat system.”

“The latest game in the Valkyrie series incorporates the series’ classic systems, with Einherjar and combinations, allowing players to enjoy fast-paced, three-dimensional combat. The game’s unique art style expresses a collapsing world on the brink of Ragnarok, with series veteran Motoi Sakuraba returning to enrich the game with an unforgettable soundtrack.”

“In Star Ocean: The Divine Force, characters will be able to move freely and roam the skies as they soar in the greatest setting ever seen in the series. Whether flying through the air or exploring the tops of mountains or buildings across the city, you’ll have more freedom, both in terms of adventure and battle.”

“Crisis Core: Final Fantasy VII Reunion is the HD remastered version of the hugely successful pre-Final Fantasy VII story. In addition to all graphics having been remastered in HD, dialogue is now fully voiced and there are new soundtrack arrangements that result in a dynamic new way to tell the story of a beloved classic.”

“NieR: Automata The End of YoRHa Edition is the Nintendo Switch version of NieR: Automata, the award-winning post-apocalyptic action RPG that has gained immense popularity around the world.”

“In a vivid and colorful world, players will have to tend their crops. You’ll befriend the townspeople, overcome threats and uncover the world’s origins and the truth behind the calamity. The story picks up when the player wakes up in the midst of “Quietus”, a calamity that comes with every change of season and threatens all life.”

“Erik and his sister, Mia, live on a Viking longship dreaming of the day when they can explore the world in search of great treasure. One night, they encounter a pair of otherworldly creatures, Porcus and Purrsula, and are then carried away to a fabled land filled with treasures ready to be discovered.”