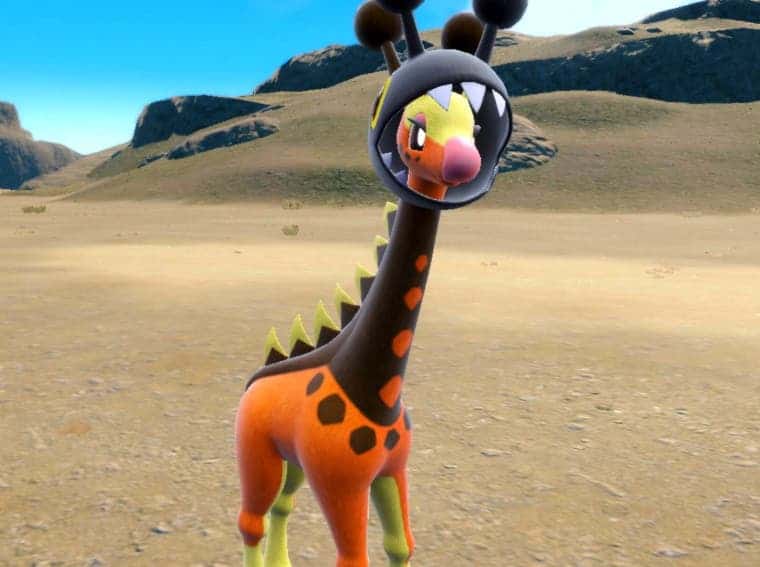 Farigiraf is the newest Pokemon with a scary look

Recently, a new trailer surfaced on the internet showing us more about the upcoming Pokemon Scarlet and Violet games. The trailer showed the Paldean region, new features such as picnics and improved selfies, and also a new evolution for Girafarig. For those unaware, Girafarig made its first appearance in the second generation as a Psychic type Pokemon. And now after years, it’s getting a new evolution, and spoilers alert; it is scary. Girafarig who was a cute little Pokemon has turned into a bigger giraffe.

Farigiraf has two new abilities and a new look!

Apparently, the tail has been replaced with a helmet. Seems like the tail is eating the face but things get scary as we get to know that is not a helmet or a mask. In fact, it is a head. Yes, that’s right, Farigiraf has two brains. The Pokemon can even close its mouth giving it a scary look. The official description read, “Both of Farigiraf’s brains are connected through thick nerves, increasing its psychic energy, and it can emit psychic waves from the antennae on its head.”

Girafarig was more of an offense Pokemon, and with its new evolution, it has improved its defense. At the core, it is a Normal/Psychic type, which is a good choice. The Pokemon gets two abilities including Cud Chew and Armor Tail. Cud Chew allows Farigiraf to get twice the benefit of eating a berry. While Armor Tail makes the opposing Pokémon unable to use priority moves. 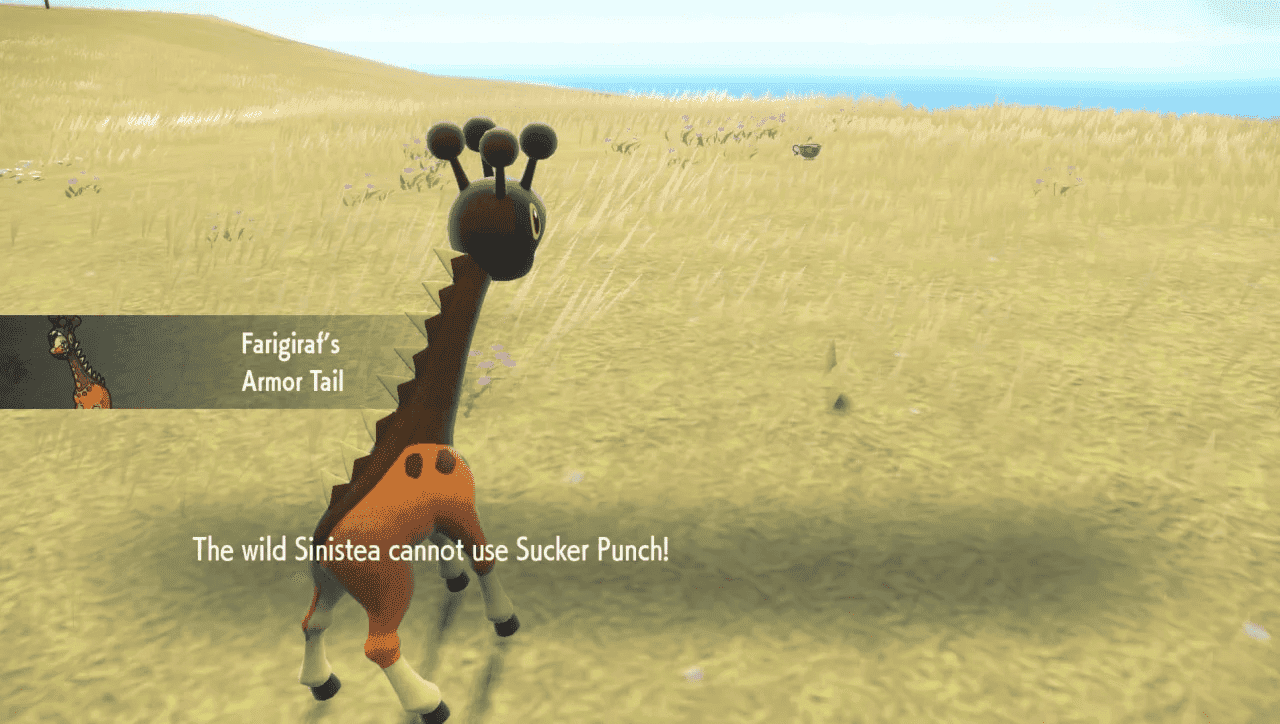 That being said, Farigiraf is a promising Pokemon and is undoubtfully one of my favorites from this generation. Let us know your opinions in the comments section below and make sure to stick around for more console and mobile gaming updates.

Read also:Wiglett is a new Pokemon that will remind you of something