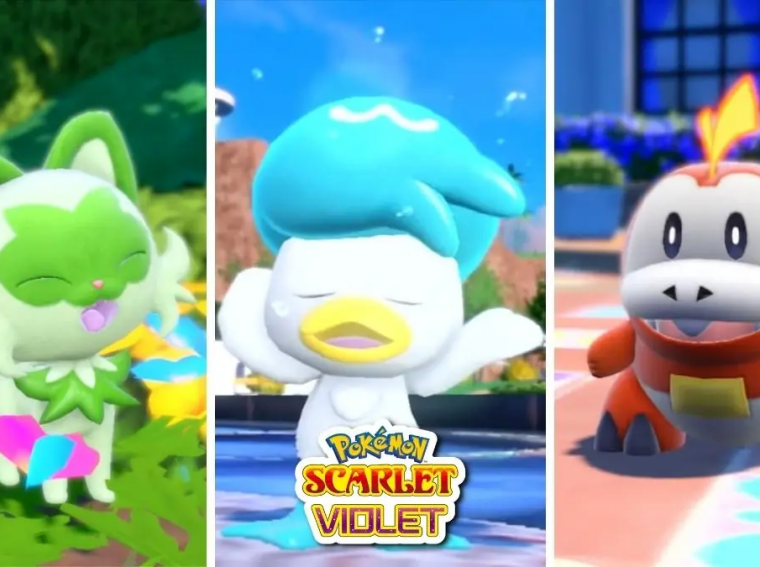 Pokemon Scarlet and Violet are scheduled for release later this month. GameFreak has given us multiple glances at the game. In addition to learning about the new region, we also learned about Gen 9 Pokemon. Over the past few months, many new Pokemon have been revealed  However, fans are still wondering what the starter evolutions would look like. The official evolution of the starter Pokemon are not yet revealed, although we have some fresh leaks indicating the design language of the evolutions. Let’s check out the leak below.

Another look at a brand new Pokémon pic.twitter.com/UfWz2GAXv8

The grass-type Pokemon is a cute kitten. Talking about its final evolution, it might have some resemblance to Pokémon X and Y’s Delphox. According to the leaker, the evolution is a bipedal cat with a wand-like item in its hand. Known as “The Magician Pokémon” in the Paldea Pokédex, we can hope for a strong grass-type Pokemon with unique abilities.

The most popular Fuecoco is a bipedal crocodilian Pokémon with a mostly red body and a white stomach and face. Apparently, we do not have any idea of what the final evolution of Fuecoco will look like. However, the leak suggests that the final evolution is quadrupedal. The highlight of the evolution will be a flame resting on his snout that resembles a bird.

Artists renditions of Quaxly's evolution and the new flamingo Pokémon.

The cute water-type Pokemon will apparently get big in his final evolution. This is my personal favorite stater Pokemon in this generation. According to leaks, Quaxly’s final evolution features pointy broad shoulders and long feathers that wave back behind its head. That being said, the final evolutions of the starters of Pokemon Scarlet & Violet are yet to be made official, hence take the leaks with a grain of salt. You can keep up with the latest news by sticking around.