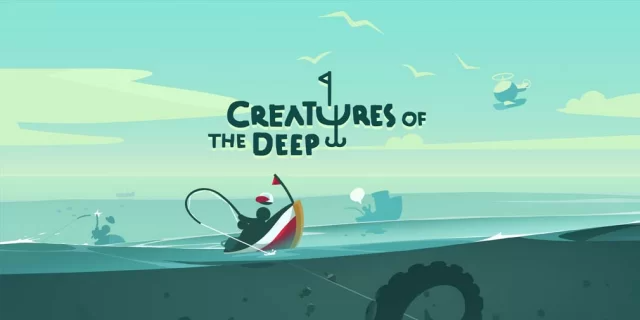 Creatures of the Deep brings a multiplayer fishing experience on iOS

Infinite Dreams Inc. has launched its new game on IOS. Creatures of the Deep, as the name suggests, is about exploring different sea creatures. It is not just limited to fishes, but even monsters and whatnot. Unlike traditional fishing games, Creatures of the Deep has a mystery to uncover. The multiplayer element is just a cherry on top. If you are into fishing, then you must have a look at this game. Let’s check out everything we know about this new fishing game below.

The highlight is the storyline of the game. If you have played other fishing games, then you must know how plain and boring they get. Hence, the developer decided to spice things up with a mystery. Some locals have reported serious monsters being spotted in the sea, and hence anglers all over the world join this investigative adventure.

Things get even spicier with the addition of treasures. Not only you can go on a treasure hunt but you can also sell it for better equipment. There is also a competitive element in the game letting you duke it out with other players.

Apart from all this engaging stuff, Creatures of the Deep is a fishing game at the core. When I think about fishing, I only imagine the soothing melodies of the waves crashing against the shore, and me relaxing while I find some fish. And this game allows you to do that too. If you are into the competitive element, you can just sit back and relax. What can be better than relaxing in a camp that you build yourself after fishing.

Are you ready to go on an investigative adventure?

If you are into this multiplayer fishing game, then you can download Creatures of the Deep on the Apple Appstore. It is a free-to-play title with in-app purchases. There is no news for the Android launch yet, however, stick around so you can be updated whenever we have more information.