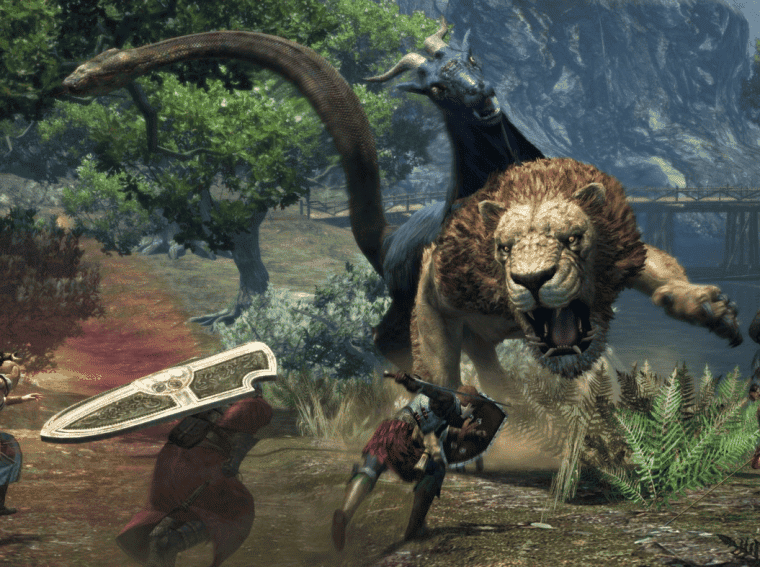 In June, Capcom revealed the highly anticipated Dragon’s Dogma 2 during a live to celebrate the franchise’s 10th anniversary – and since then, the Japanese publisher has been making mysteries about the RPG project. However, director Hideaki Itsuno hopes to be able to reveal more details about the sequel soon.

Recently, Famitsu (via Gematsu) gave space for several Japanese developers to talk about their expectations for 2023. Itsuno also participated in the dynamic, stating that he is very immersed in the development of the game and that he hopes to provide more details about it as soon as possible.

“I’m currently immersed in the making of Dragon’s Dogma 2, so much so that I’ve lost track of what season it is. Things are looking good. I hope to continue our development progress so we can share an update with you as soon as possible.”

The first game was released in May 2012 for PS3 and Xbox 360. It later received an updated version called Dark Arisen, which included expansion content. Then there were ports on PS4, Xbox One, Switch, and PC – and even anime in the Netflix catalog.

It is worth remembering that Dragon’s Dogma 2 has no date and no confirmed platforms – in fact, not even the announcement trailer has been released so far.

Dragon’s Dogma 2 will be developed on the RE Engine

While information about the game is scarce at the moment, it is being developed on the RE Engine.

Capcom’s graphics engine has already served as the basis for the production of great house games. These include Devil May Cry 5 and the most recent remakes of the Resident Evil franchise.