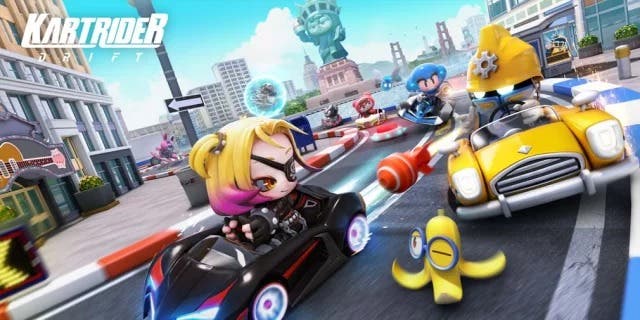 KartRider: Drift is a kart racing party game, now out on mobile

A few months back, we wrote about KartRider: Drift entering the pre-registration stage on mobile, and now the game has finally launched. This is the latest addition to the KartRider franchise and is now available on mobile and PC. The developer plans to launch it on console, which will cover the launch on all the major platforms. KartRider: Drift, as the name suggests, focuses more on the drifting element while providing all the goodness from the previous titles.

When I first heard about the game, I thought this game will just be a filler title. However, it is more of a refresh to the KartRider franchise. It keeps the basics from the original games and comes with some modern features. At the core, it is a multiplayer racing game that comes with multiple spicy modes.

The game modes are; Speed Mode, Item Mode, and Custom Race. This allows the players to not get bored playing one mode over and over. Do note that the game modes and other refined features are just the tip of the iceberg.

The main highlight is the graphics. KartRider has refreshed its franchise with a title that it probably would use as the main title for years to come. And hence, the developer opted for Unreal Engine 4.  Hence, I can confidently say that you will face no compromise on the graphics end. Ladies, and gentlemen, expect outstanding graphics while you race on different tracks.

To top it all up, the developer has also thought about customization. This gives players the to enjoy their own unique style on the game and stand out on the racing track. That being said, the game can now be downloaded on the Google Play Store and Apple App Store. Let us know your opinions on the game in the comments section below.

Read also: Fortnite might let you play as Peter Griffin